One of the world's first hybrid conferences

We erased the distinction between physical presence on site and remote connection - viewers were in the room and online, as were speakers. We redesigned the studio's appearance from an earlier F2F Globsec meeting at an international hybrid event in Bratislava. There were two separate hybrid stages. We've created 3D models of planets, motion lights, watershed animations and environmental changes with respect to the discussion topics circuits. Slovak President Zuzana Čaputová also attended the conference, which was held in Bratislava. The event took place in cooperation with Positiv, s.r.o. and the event platform Happenee. 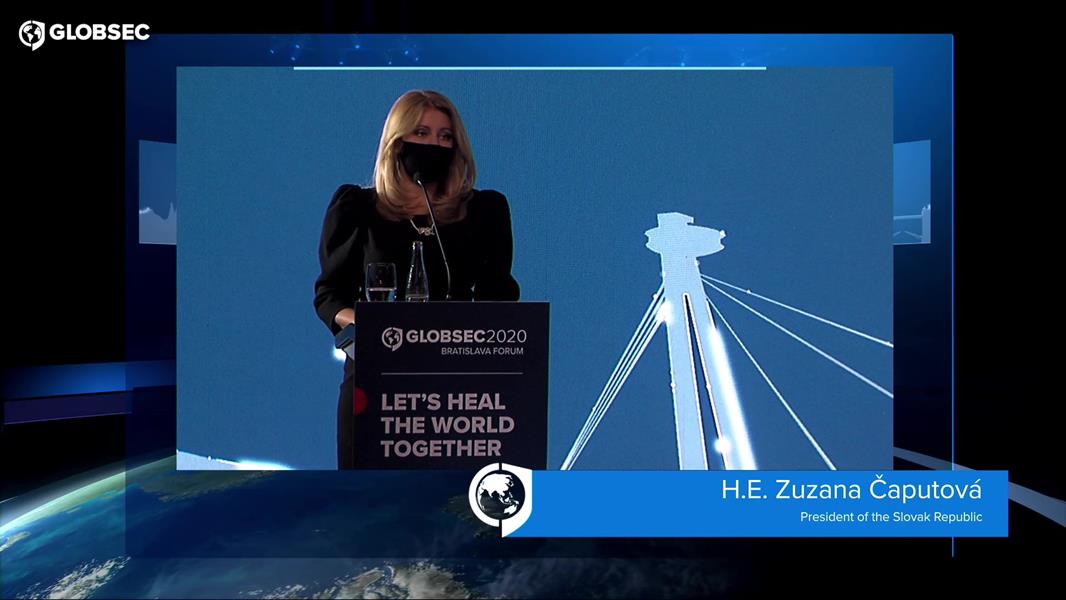 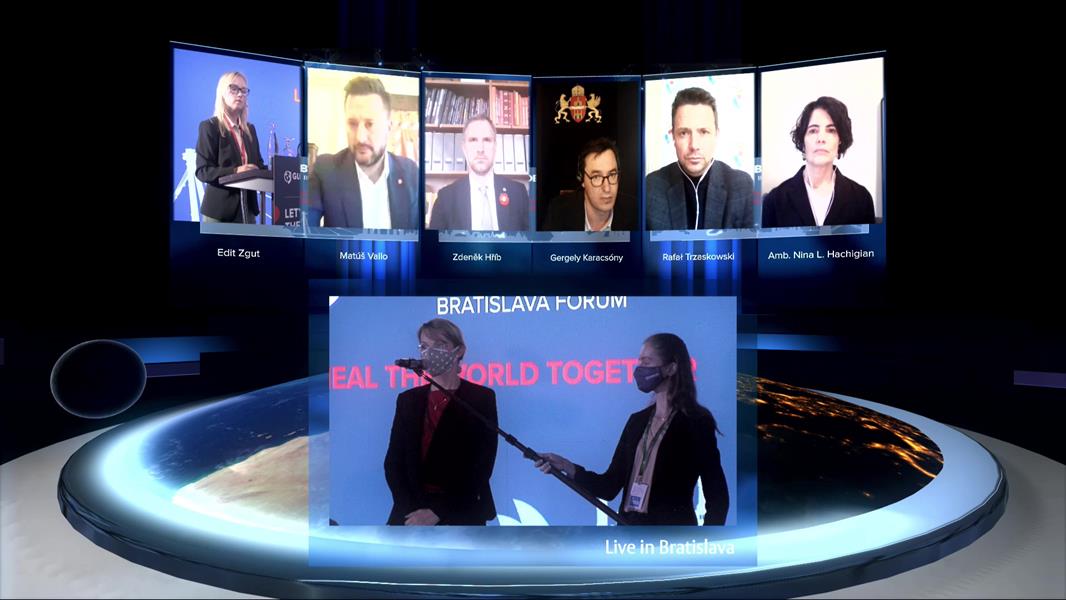